7 Millionaire Kids Your Child Must Read about

Home ⁄ Parenting ⁄ 7 Millionaire Kids Your Child Must Read about 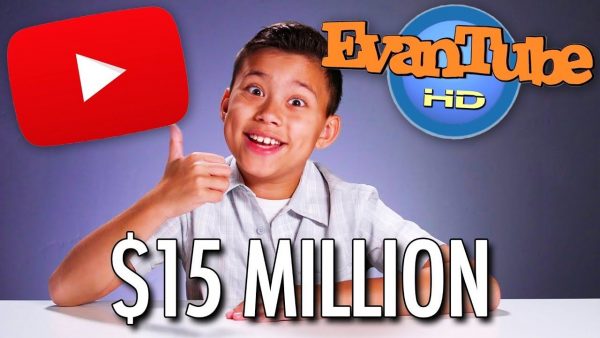 7 Millionaire Kids Your Child Must Read about

Gone are the days when life revolves around going to primary school, secondary school and then university education before you start making money. Today, the system has been bypassed and a lot of us now feel left out. Oh, my days! I wish I knew more of what I know today, I would have achieved my millionaire dream in my teen age. I have seen a lot of kid millionaires today who hit their first million before graduating from high school. Now is this even possible? Yes, very possible. The mindset starts at a young age. Look at the following profiles below

At 12, Nick learnt how to code and developed an app at 17 known as Summly.  Summly is an automatic summarization algorithm. He eventually sold this app to Yahoo for a whopping $30 million.

With the right mindset, those little change you give your child can be a steppingstone to greater things. Farrhad was 16 when he founded his marketing agency called Rockstah Media with just 10 dollars from his parents. He is now a multimillionaire and TEDx speaker

Isabella is a nine-year-old self-made millionaire. Did you scream 9? Yes, she’s just nine. She started by first making name for herself on a TV show titled Toddlers and Tiaras. She progressed to building herself a jewellery and clothing line called Glitzy Girl and Bound by the Crown Couture. Who knows, some of her products are in your wardrobe.

Moziah started a bow tie company at 9 years old that now pays him about $150,000 yearly.   Today, Moziah has several employees. He’s currently working on a full clothing line too

Leanna started her bottling and selling of hair pomade when she was nine. Most of the secret ingredients she put together to make her products were gotten from her great grandmother. This business today has become an entire hair care brand that fetches her over $100,000 annually and her net worth is over $3 million.

Would you ever think making reviews about toys on YouTube can become a thing today? Well, Evan started a YouTube channel called EvanTube at 8. Today, what is regarded as a mere fun now fetches him about $1.3 million a year from his channel with over a million subscribers.

The list is endless! I am writing this, and I am feeling depressed lol. These youngsters are living the lives of their dreams all because of the right mindset. Well, you are probably feeling the same as you are reading this. Yes, you made a mistake, I did too but one thing you must not do is let your kids replicate the same mistake.  Order for 9ijakids activity book on financial literacy for kids. We have designed this book to teach every kid all they need to know about making money, investment and profits. Don’t say they are still young. The best time to start is now. Send a mail to customercare@9ijakids.com to order .

Share this article with other parents in your network by clicking the button below.